So many resumes... so little time 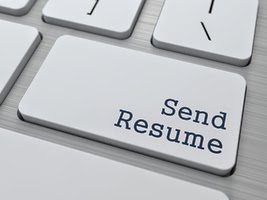 So should you prepare a Reverse Chronological Resume or perhaps a Functional Resume? There are numerous approaches and styles to consider when preparing an effective resume. Many factors can affect which approach you take including your work experience, industry and career objectives. This article is a good starting point to help both older experienced and younger inexperience job seekers understand what preparing a resume means in today's world. (Editor's Notes)


In many contexts, a résumé is short (usually one to two pages), and therefore contains only experience directly relevant to a particular position. Many résumés contain precise keywords that potential employers are looking for, make heavy use of active verbs, and display content in a flattering manner.


In the past, résumés used to be no longer than two pages, as potential employers typically did not devote much time to reading résumé details for each applicant. In some countries employers have changed their views regarding acceptable résumé length. Since increasing numbers of job seekers and employers are using Internet-based job search engines to find and fill employment positions, longer résumés are needed for applicants to differentiate and distinguish themselves, and employers are becoming more accepting of résumés that are longer than two pages.


Many professional résumé writers and human resources professionals believe that a résumé should be long enough so that it provides a concise, adequate, and accurate description of an applicant's employment history and skills . A résumé is a marketing tool in which the content should be adapted to suit each individual job application and/or applications aimed at a particular industry. The transmission of résumés directly to employers became increasingly popular as late as 2002 . Jobseekers were able to circumvent the job application process and reach employers through direct email contact and résumé blasting, a term meaning the mass distribution of résumés to increase personal visibility within the job market. However the mass distribution of résumés to employers often can have a negative effect on the applicant's chances of securing employment as the résumés tend not to be tailored for the specific positions the applicant is applying for. It is usually therefore more sensible to adjust the résumé for each position applied for.


The complexity and simplicity of various résumé formats tend to produce results varying from person to person, for the occupation, and to the industry. It is important to note that résumés used by medical professionals, professors, artists and people in many other specialized fields may be comparatively longer. For example, an artist's résumé, typically excluding any non-art-related employment, may include extensive lists of solo and group exhibitions.

A simple résumé is a summary typically limited to one or two pages of size A4 or Letter-size highlighting only those experiences and credentials that the author considers most relevant to the desired position. US academic CVs are typically longer.Résumés may be organized in different ways. The following are some of the more common formats:


The functional résumé is used to assert a focus to skills that are specific to the type of position being sought. This format directly emphasizes specific professional capabilities and utilizes experience summaries as its primary means of communicating professional competency. In contrast, the chronological résumé format will briefly highlight these competencies prior to presenting a comprehensive timeline of career growth via reverse-chronological listing with most recent experience listed first. The functional résumé works well for those making a career change, having a varied work history and with little work experience. A functional résumé is also preferred for applications to jobs that require a very specific skill set or clearly defined personality traits. A functional résumé is a good method for highlighting particular skills or experience, however, those particular skills or experience may have derived from a role which was held some time ago. Rather than focus on the length of time that has passed, the functional résumé allows the reader to quickly identify those skills.

The Internet has brought about a new age for the résumé. As the search for employment has become more electronic, résumés have followed suit. It is common for employers to only accept résumés electronically, either out of practicality or preference. This electronic boom has changed much about the way résumés are written, read, and handled. Delivering a résumé in person is better than online, but if there is no other easier way, sending résumé online could be attempted. Giving a résumé in person enables the prospective employer to see you.

Job seekers must choose a file format in which to maintain their résumé. Many employers, especially recruitment agencies on their behalf, insist on receiving résumés as Microsoft Word documents. Others will only accept résumés formatted in HTML, PDF, or plain ASCII text.
Many potential employers now find candidates' résumés through search engines, which makes it more important for candidates to use appropriate keywords when writing a résumé.
Including an e-mail address in an online résumé may expose the job seeker to spam (see Spambot).
Many large employers use electronic résumé processing systems to handle large volumes of résumés. Job ads may direct applicants to email a résumé to their company or visit their website and submit a résumé in electronic format.

Some career fields include a special section listing the life-long works of the author. For computer-related fields, the softography; for musicians and composers, the discography; for actors, a filmography.
Keeping résumés online has become increasingly common for people in professions that benefit from the multimedia and rich detail that are offered by an HTML résumé, such as actors, photographers, graphic designers, developers, dancers, etc.

Another advantage to online résumés is the significant cost savings over traditional hiring methods. In the United States, the Employment Management Association has included Internet advertising in its cost-per-hire surveys for several years. In 1997, for example, it reported that the average cost-per-hire for a print ad was $3,295, while the average cost-per-hire with the Internet was $377. This in turn has cut costs for many growing organizations, as well as saving time and energy in recruitment. Prior to the development of résumés in electronic format, employers would have to sort through massive stacks of paper to find suitable candidates without any way of filtering out the poor candidates. Employers are now able to set search parameters in their database of résumés to reduce the number of résumés which must be reviewed in detail in the search for the ideal candidate.

Finally, the Internet is enabling new technologies to be employed with résumés, such as video résumés—especially popular for multimedia job seekers. Another emerging technology is graphic-enabled résumés, such as Visual CV.  Source:Wikipedia

Email ThisBlogThis!Share to TwitterShare to FacebookShare to Pinterest
Search: resume