Don't Trust Anyone Over 30! The Times Have Changed

“Don’t Trust Anyone Over 30”  Remember the line? It was from the cult movie “Wild in the Streets."

In this 1968 film, those over 30 were put in concentration camps to finish out the rest of their lives taking LSD. For some job seekers, that is the only explanation for today's job market - a bad LSD trip! It's hard for many us who are 40,50, 60 and even 70 years old to watch Father Time move forward at seemingly faster than light speed. Wasn't it just 1975? 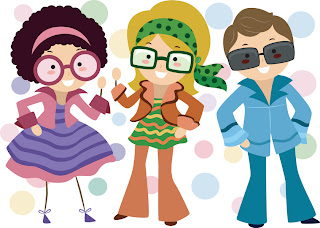 Back in the day, there was an abundance of exciting and well paying jobs for both those that attended and did not attend college. Since 9/11, the brakes have a distinctive screeching sound and smell of burning rubber. As if the pads need to be replaced all too frequently.

The facts are:
It starts feeling like the hamster that keeps running round and round on its metal wheel. BUT! Yes, I know you knew there had to be a BUT. The world can still feel abundant for those that seek out new opportunities. Yes it is harder, and we are perhaps a little more battle worn, but every day there are millions of jobs available for the taking. Currently,there are approximately 4 million unfilled jobs according to Forbes.

To successfully get hired is no longer a straight line. It is a path that requires highly trained skills that few either have or are willing to learn.

So lets touch on 5 Habits To Beat Age Discrimination in Hiring that, from our perspective, separate the ultimate winners from the rest during a successful job search.
Why you should: Because if you don't, you're fighting without the arsenal to win.

The facts are still here:
AARP's most recent study indicated that approximately half of those surveyed believed that age discrimination was part of the reason they were unemployed. If you want to start practicing the 5 Habits now, just start with some of these tools. They work when practiced. But that's up to you. Enjoy your Labor Day at the beach, In the mountains, on the lake or just at your family barbeque. Tuesday will once again be race day. Are you ready to compete? Tell us about your own experiences in your job search in the comments below.
Posted by Unknown at 8:30 AM