You're Never Old Enough :) 7 Signals its time for a Career Transition

ShareJob Seekers: Are You too old or "You're Never Old Enough" ? 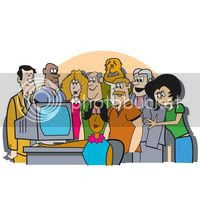 Job Seekers Over 40 would you like to hear the world chanting "You're Never Old Enough" (aka Y.N.O.E. Pronounced YOU KNOW)   Or has that silent voice become a deafening sound inside your head  chanting  "you're much too old".   The world for a 40 plus year old job seeker today can be down right scary.  But........There is reason to be more optimistic then cynical or pessimistic. But more on that later.


What Happened to My Career?
It doesn't  matter what career you had chosen or perhaps wandered into (as many did) for the last 20 or 30 years of your professional life.
The world has shifted off it axis. Is the planet Earth no longer rotating at precisely the same rate or angle it did 10 or 15 years ago. Maybe this is only all part of Global Warming. Or does it just FEEL different. You were at the top of your professional game as a Banker, Automotive production worker, Electronics Manufacturing manager, Insurance agent, Real Estate agent, Airline Pilot, Home Depot electrical sales person or an  HVAC contractor. You had Money, Prestige and Job Satisfaction. But its not that way RIGHT NOW.

7 YNOE  ("You're Never Old Enough") Signals That a Career Transition is Imminent.
Has some or all of these 7 YNOE signals been rattling around in your head or perhaps quietly uttered by your co-workers:


So as we (you and me ) ponder the harsh facts. No need to repeat what the Bureau of Labor Statistics has been telling us. Its simple that 1 in 5 of us is not meaningfully employed.  That's 45 million or so people.

Learn From those who have made a Career Transition:
You might want to drift for a moment from denial to reality.
Just for a moment. A brief moment let yourself Dare to Day dream in  a world in which  the chant that  Career Transition Adviser Bobby Edelman  shouts: "You're Never Old Enough :)". What does this mantra mean to all of us oldies, aka over 40 skilled workers?
Because those who continue to make and remake themselves seem to have eliminated age as a barrier. It is about gaining knowledge, experience, networks of resources, drive and passion.

How many times do we see older workers successfully remaking themselves in a new image and role. Its not about eliminated the past success and failures.  It is about building on the skills  and experience of the past. Sometimes with horrible short term failures but raising up to new sense of PURPOSE.

Yes the nay Sayers will say that these people were superstars, made tons of money, had media, resources. But also see they all had some failures and transitioned there careers. They dealt with external (socio-economic, political) and internal (like death) changes.

So were does this leave us or you. My contention is that you can strike out in a world full of ripe opportunity. We will explore this over the next coming weeks. But lets just say if you were or are an Automotive Production Manager you should be thinking about how  will (not can)  transfer your skills, get re-educated  and find a new meaningful career.  Billions will be spent in the next few years, through both private and government based training and skills improvement programs, with the purpose of helping you make a  career transition.
The difference now is that  YNOE:  "You're Never Old Enough"